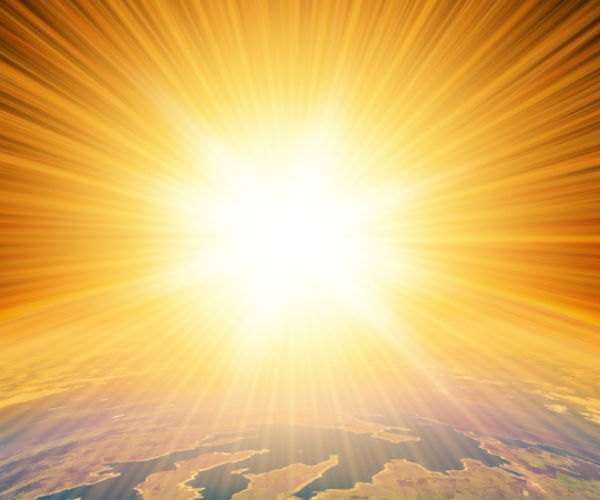 The diplomatic circuit is awash in optimism as the proposed summit between North Korean dictator Kim Jong Un and President Donald Trump draws near. Indeed, Trump is right to go to the table with the North Koreans and negotiate for full denuclearization.

Still, given the long history of North Korea’s double-dealing, outright lying and surreptitious construction of weapons of mass destruction, the likelihood of Kim actually surrendering his nuclear weapons is extremely low, no matter what he says publicly.

And what makes it so worrisome is not only the handful of nuclear weapons in the hands of a dictator who may be able to lob a few to Honolulu or even to Seattle.  We also need to consider North Korea’s ability to deploy one or two nuclear weapons at altitude over the continental U.S. in order to create a devastating burst of energy called an electromagnetic pulse.

While the science of EMP’s is not fully settled — largely because it is impossible to test on a grand scale — there is plenty of credible evidence that they constitute a real threat, especially in the context of North Korea.

The short burst of vastly powerful electrical and magnetic shocks involved in an EMP could potentially devastate everything from your iPhone to the entire U.S. power grid. Imagine thousands of lightning strikes hitting every home and business in America.

Bursts from a high altitude nuclear weapon — or a major solar event, by the way — could start by producing a so-called E1 shock, a brief pulse that is particularly devastating to what are known as supervisory control and data acquisition systems. The developed world is dependent on these Scada systems, which include manufacturing facilities, water-treatment plants, HVAC systems and many other things we take for granted.

Immediately after the E1 would follow an E2 burst, which is of lesser magnitude and may last as little as a microsecond. Yet these pulses are still able to cause significant damage, in large part because many protection systems will have been wiped out by the E1.

Finally, a longer E3 pulse could last several minutes and attack long-line systems such as the electric power grid by destroying substations across the nation. E1 and E3 are the effects of greatest concern because we are the least hardened against them. Together, they could deprive large parts of the country of electricity for weeks, months or even a year or two.

How likely are these scenarios? The idea of either a terrorist group or a rogue state using a high-altitude EMP burst has been seriously examined by scientific and government groups; but there is no agreement on the potential size of the effect.

Some analysts insist an EMP would not be as apocalyptic as described in the widely referenced 2011 dystopian novel, “One Second After,” which portrays an America brought to its knees by such a strike. Others contend that it’s highly unlikely that any hostile power would attempt one, given the overwhelming U.S. nuclear counterstrike that would quickly follow.

Maybe the skeptics are right. But given the potential devastating consequences of an EMP, can we really take the chance? That the North Koreans are probably very close to developing this capability — if they aren’t there already — is all the more reason to work hard at the negotiating table.

Still, even as talks progress, there are military options the U.S. can take simultaneously for a higher level of defense.

First and foremost, we can harden our key systems, beginning with intercontinental ballistic missiles and other nuclear strategic weapons. Next comes vital infrastructure — the electric grid, water supplies, transportation systems, financial and medical networks, and so on.  The cost would run to the billions — but probably not the trillions. And it would make us safer not only against rogue nuclear strikes but also EMP effects from huge solar storms, which occur on a regular basis every century or two.

Second, the military needs to increase its ballistic missile defenses against the “single shot” attack that would use EMP. This could include more ground-based interceptors to knock down attacks over the North Pole — a route that North Korea or Iran could attempt. The Navy should plan how it would position its destroyers and cruisers equipped with Aegis combat systems off our coasts in times of rising tension.

Finally, we need to focus more intently on intelligence and early warning systems, primarily based in space, that can detect the movement of launch systems, indications of pre-launch activity, a launch itself, and then track incoming threats. Part of this involves stitching together the various components of the “detect-to-kill chain” in an overarching system that itself is hardened against a pre-emptive cyber attack.

We can all hope that the coming spring brings a thaw to U.S.-North Korean relations. But one swallow does not a spring make, as the saying goes — Americans need to be ready for another winter of confrontation if diplomacy does not succeed, and being prepared for EMP is a vital part of doing so.

James Stavridis is a Bloomberg columnist. He is a retired U.S. Navy admiral and former military commander of NATO, and dean of the Fletcher School of Law and Diplomacy at Tufts University. His most recent book is “Sea Power: The History and Geopolitics of the World’s Oceans.”

Consumption of fluoridated water found to have adverse effects

Tomato gardeners: The latest victim in the government’s war on drugs